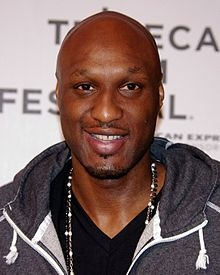 Who Is Khloe Kardashian's Husband?

Lamar Joseph Odom is a retired American professional basketball player and television personality. He played in the National Basketball Association (NBA) for 14 seasons, winning two NBA championships with the Los Angeles Lakers in 2009 and 2010. Odom was also a member of the United States national team, winning a bronze medal at the 2004 Olympics. After retiring from basketball, Odom became a television personality, appearing on shows such as “Khloe & Lamar” and “Dancing with the Stars.” He has also faced personal struggles, including substance abuse and legal issues.

Did we make a mistake? Submit a correction ›